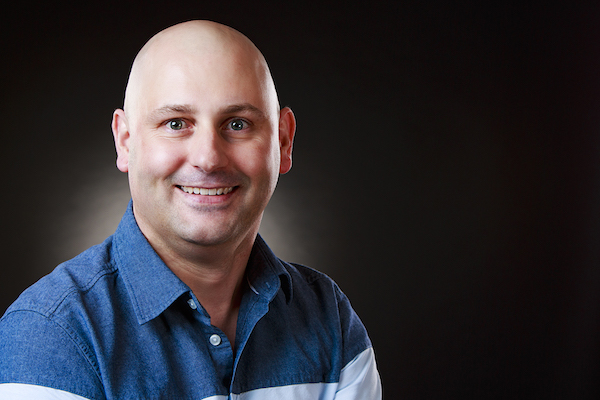 This question gets asked from time to time, and the simple answer is to help people. Which often gets a 'say what' sort of look, then 'but you sell insurance?' Yup, that's what I do.

Those in the industry understand my answer intimately, those outside often don't understand it so much.

There are many ways to help people. Having started in the service industry, namely IT service work and ended up in financial services through IT, you could say helping people was part of my back ground.

Yes, I see the same eye rolling. 'IT and service yeah right!' Seems I'm a glutton for punishment then, however I'll press on.

In my time in IT, consulting with advisers in financial services and ultimately assisting with financial services products working for providers, my 1 core driver was to leave people in a better place, no matter what the situation. This is more my point about service.

When it came down to it I have seen challenges and personal tragedy both with the people and clients I work with, as well as my own family. One thing that has stuck out is the lack of financial support that was available to them when they really needed it.

In my humble opinion there was something missing and it needed a different approach to achieve the change needed.

Personally in my own situation, which I have spoken about, my mother dealt with breast cancer and lost that battle without any additional financial support or assistance.

Before those that judge and comment kick in, as has happened on a few occasions when telling this story. Mum was diagnosed with breast cancer before I entered financial services, so I wasn't in a position to arrange anything additional, nor was I aware of how significant the shortfalls were prior to entering the industry. Afterwards it was too late :(

This was poignant, as it highlighted how much of a short fall she had when she really needed it. It also highlights to me just how the industry, I now found myself in, had contributed to that shortfall. To be balanced, she was also pretty stubborn and bloody minded at times too ;)

After spending a better part of a decade around financial services, life insurance became my product of choice, medical insurance included in that.

An opportunity came up with a national home loan company managing their risk insurance business. Which gave me an excellent platform to try out some of the ideas I had and also transfer some of the learning I had gained from my adviser experience.

What was appealing here, was the opportunity to replicate ideas and successes that had worked for the ones and two's previously and roll this into a philosophy for advice.

One of the things I kept getting pressure on was make it simple and just sell some product. I found this frustrating as this was the previous approach and while it worked, meant cross sell rates of insurance on home loans were actually pitifully low, and when they happened, often weren't well structured with the right covers.

While I could make targets this way, it wasn't going to solve the fundamental problem. People had cover but not the right sort of cover or the right amount of it.

I took the next three months to design a program of training, development and tools to change this. In the 2 months of initial roll out and training, it was well received. The follow up on the next six months produced a 60% increase in full year performance volume. A massive jump.

What was pleasing to see was the better trained, better explained and better structured advice provided to clients, not only moved more products, but it moved more of the right products that provide the right sort of support for client needs. This was reflected in some of the new claims that came up, relatively quickly, that had the right response for the client's situation. Which also meant less angst for the adviser involved.

An additional advantage was with our existing clients, who were also taken through the new tools, they understood what they had and often made more effective changes. This meant that people held on to good benefits that they needed and made the adjustments they required.

This resulted in the company retaining policies for clients at a significantly better rate than the industry average.

What was most significant was this was the middle of the GFC. So some of the worst trading conditions for both new insurance and retention of existing cover. As far as proof of concept goes, absolutely perfect!

Following that we had the opportunity to do some travel and moved to Melbourne for 18 months, returning to Auckland in mid 2011. 2012 we decided it was time for my insurance adviser career to take a front seat, after effectively circling around it for 5 years, now was the time.

As we had changes to the regulation of financial services, we now had a frame work that allowed me to both be independent and work within a structure that minimised some of the ragbag behaviours that have been around the industry. They haven't solved all of them, but all industries have similar challenges.

This was going to be a bit different to what I had done with the home loan company. I worked at taking the advice concept wider in terms of providers and building a business around client first, effective advice across multiple carriers, this was the key challenge.

Not just get out there and sell some policies but genuinely advise and solve risk issues for people and their families with the right tools for the job. Not just the flavour that fits, but the best one available.

This is where Willowgrove Consulting comes from and what we are about. Getting the right answer with the right advice, to ensure clients have the right path for their risk management.

As a result, 4 years on, we have a successful practice with fantastic clients, that have a great range of benefits, that are stable and work for them.

Several clients have looked around at the options and even talked to other advisers for a second opinion, all have come back to us and said they're really pleased with the answers we've given them. Which is pleasing for us, a great indicator we're getting it right.

Others have had the unfortunate experience of having to call on their cover, and it's worked as planned, which is really what this is all about.

Providing the right support when you face some of the most difficult challenges in life.

Yes, the money may not fix everything, but it sure helps to provide piece of mind and financial stability, when everything else is in turmoil.

Want to know more about getting it right for you? Give me a call!