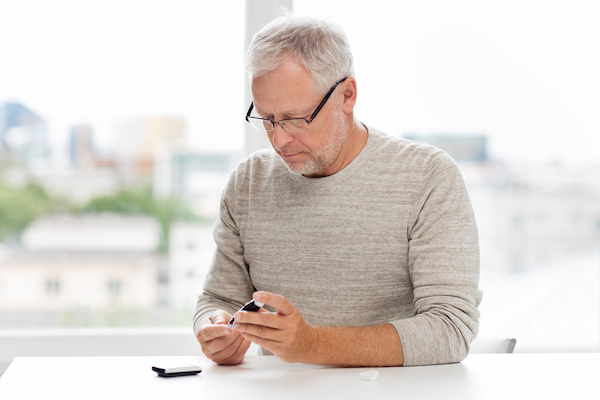 Having been an adviser of 10 years and in the industry for over 20, it's not often I come across things with insurance that I haven't seen before.

And while Diabetes in the insurance realm is nothing new, it has typically focused on the top-level diagnosis for underwriting rather than the reality people are going through.

Which is typically a case of "no" for a lot of stuff.

However, I've had the opportunity to understand what this looks like for those living with Type I Diabetes. This is the insulin-dependant type of Diabetes that involves lots of finger pricks and needles. Not exactly my favourite topic, and I now have a deeper appreciation of what People with Type I Diabetes go through.

And those with Type I consider it quite normal and find others' reactions to the number of needles involved somewhat comical. I guess it comes with the territory that we don't always consider, out of sight, out of mind.

A little closer to home for all, Olympian Valerie Adams' son has Type I Diabetes.

What has been quite surprising to me is the equipment and cost associated with living with Type I Diabetes, and it's quite different to Type II, which more people appear to be aware of.

I've nicknamed it the Diabetes Tax because it is.

When it comes to managing Type I Diabetes, most people will have the idea of pricked fingers to test blood glucose levels and injections for insulin. And for a good number of People with Type I Diabetes, this is what their daily routine consists of.

We also know this approach, if it is not diligently managed, can result in less than ideal management of Diabetes and the subsequent serious complications that come with that.

However, like most things in medicine, technology has impacted and is improving lives, and it is doing some incredible things. But it comes with a cost, a pretty significant one.

The new technology is impressive and also fascinating too.

But they don't talk that well; the person still has to manually manage their insulin dosing from what they read from their CGM. This can introduce errors and mean that things can still get forgotten, which isn't particularly safe for Type I.

Like most things where costs are high, people get creative. Several open-source third-party tools and devices have been developed, where they communicate with the transmitters and some of the pumps.

This gives people a significant level of everyday independence too.

Neat tech that has come out of a garage which is making a massive difference to Type I's.

The clinical reports provided to those using these added tools show they have a significantly better medical journey than the traditional needles and syringes approach.

And this is the rub, and you've probably heard about the US issues with the cost of insulin; the pharmaceutical companies are milking their patients because Type I's have little choice if they want to remain healthy.

When you have a closer look at this, it gets damn expensive.

The Dexcom G6 CGM kit are consumable items and needs 36 sensors and four transmitters per year to operate. Plus, a bunch of other consumables that I'll discuss shortly.

Yup, that's the cost to have good monitoring to ensure you stay as healthy as possible. Currently, none of this is subsidised.

When talking to those with Type I Diabetes, the behaviour of pharmaceutical companies has been a bit of an eye-opener. Not in a good way.

The sensors are interesting; they sit under the skin and are designed to last a week. Most Type I's will use them longer than this, up to 14 days, by traditional testing and calibrating them to address degradation and sensor accuracy until they stop working.

So another 50% saving here too. Which the medical fraternity will advise is dangerous and certainly not recommended. But funds for many families to manage this are limited, so shortcuts get taken.

Even with these hacks and tips, that still means that the typical Person with Type I Diabetes is shelling out about $2,500 per annum to have this stuff work.

And that doesn't include the app and devices to make it all talk that are third party and has both costs and challenges, not to mention additional hardware requirements like phones and computers to make it all work.

These third-party tools are not certified medical devices; they come with the risk that they could malfunction and cause serious issues and are typically self-made or imported as kits. This means there needs to be a level of skill required to make this work.

So what is subsidised?

There is not a great deal from my discussions outside the traditional approach of insulin, injections, needles, and prick testers.

And that's about it.