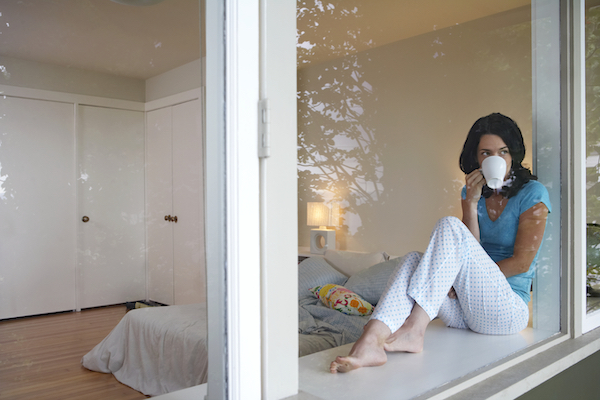 I've written before about the blunt approach medical insurance and the insurance industry as a whole has when it comes to mental health. However, things do change, and some things have a contribution.

One of the areas that I have become significantly more aware of is the plight of those that are non-neurotypical. This is possibly a new term for many readers and one that they know as different names like ADD, ADHD, & ASD.

The point is that these conditions and others like them are not mental health conditions in themselves. They are neurological in their origin and are how those individuals brains have been made.

Not developed, not changed with vaccines, not behaviour (though it often looks like behaviour), and certainly not something they or their parents had any control over. So stop saying they are broken and crazy; they are not. We are not.

And that's sort of the point; the mental health aspects of those with non-neurotypical brains is mainly symptomatic of the situations they are put in. They are not from the underlying structure of how their brains are. Mental health is a symptom, not a cause.

Why is this not straightforward?

And that's where this all gets confusing. Especially for those outside looking in, including teachers and medical clinicians that are not specifically trained or experienced in these areas of brains. I use brains rather than neurology as we have an issue with defining this well.

While these situations are neurological (how the brain is made and functions), they are diagnosed and managed by Psychiatrists and Psychologists (how the brain behaves and operates)

The problem is that while we can diagnose and manage non-neurotypical brains with neurology and functional and traditional MRI's, it's expensive to do so.

Where Psychology and Psychiatry come in

We know that covering off six questions gives a pretty firm diagnosis indicator for ADHD without any other intervention. That's cheap and easy compared to the cost for a functional MRI scan that starts somewhere north of $2,000.

And this is the issue; these things are easily diagnosed with the same tools the typical Psychiatrist and Psychologist uses for all the other mental health conditions they diagnose and manage. And they also need to be sure that brain isn't impacted by one of many other conditions before they declare that that brain is not neurotypical.

So it gets complex really quickly. And this is the rub when it comes to insurance too. Is that a mental health condition (behaviour), or is it non-neurotypical (hardware)?

Yes, behaviour is trite and far too simplistic; I used it for effect.

The behaviour management / modification is massively expensive for insurers to take on as there is little in the way of quantifiable measures that allow them to manage and limit claims. We see this with the public system. Crisis management is the highest single cost to the system because the rest is essentially not funded.

The latter, the hardware bit, is neurology. If there are genuine investigations into neurology, then the insurers will typically cover this. Exclusions both on the policy and pre-existing conditions excepted.

The problem for the insurers is that the distinction between mental health and non-neurotypical is nuanced and often is challenging to separate. There often are other mental health issues as well. So they take the stance of excluding the whole lot.

Which is not helpful.

But! There are some insurance providers out there that do provide support for those needing to access Psychiatrists and Psychologists. Some are very limited, and some are generally useful.

Let's unpack this for a typical ADHD diagnosis, the more simple of the ones I see with clients and the community. BTW ADD isn't a thing any more; it's been rolled into ADHD as one diagnosis and one 'condition.'

When we look at the process of diagnosis and management for ADHD, this is what is often found:

Diagnosis and management of ADHD:

This adds up, especially as those with ADHD typically have a more challenging time with jobs and relationships than their financial position.

So what's the insurance response?

Let's assume that you either have cover already or have been able to get cover without exclusion. As a pre-existing condition, it will be excluded most of the time.

However, sleep disturbance investigations are not excluded outright. But the mental health exclusion will trigger if the finding is related to ASD or ADHD. So an initial diagnosis may be gained through this approach. But is likely not to continue to be covered once an ASD or ADHD diagnosis is given.

Excluded. Anything relating to a Psychiatrist is excluded.

Also, sleep investigations that are not surgical treatment of sleep apnea are excluded.

Excluded for Psychiatrists, but sleep disturbance is not explicitly mentioned in some versions.

This one is interesting, as mental health treatment is excluded. Still, there is provision for mental health consultations up to $500 per year when referred by a registered medical practitioner under the Specialist+ extension.

Accuro also has the Mental Health Navigator option included under their Best Doctors service; this is unique and provides an alternative pathway for review and assessment. It uses a Telehealth service/process. This is restricted to adults over the age of 18.

While being an excellent provider of major medical health insurance, there is no cover for mental health assessments and management as an exclusion.

There is potential cover with psychiatrists when used in conjunction with neurological conditions where a neurologist is involved. There is a need for both to confirm some diagnosis, but it is quite a rare occurrence.

The alternative avenue for this with sleep disturbance investigations is also an exclusion unless surgery for sleep apnea is diagnosed on an existing policy with first symptoms after a date in 2016.

However, under the Cancer and Cardiac treatment benefits, Psychiatrists are covered as a consequence of these two types of treatment and within a limited window of time for condition related counselling services and on a prior approval basis.

Excluded for Psychiatrists, but not for sleep disturbance. With the Caveats stated elsewhere here about mental health diagnosis.

UniMed (Including BNZ, IAG, and State)

Of all the providers we have, clients with UniMed's policy documents are the most challenging to read and understand. So don't be surprised if you have trouble figuring these out.

There is a general exclusion, which is repeated across many documents that exclude Psychiatrists and sleep disorders. However, there are plenty of sections that say psychological and psychiatric services are covered.

Your cover with this provider will be related to your specific combination of benefits.

Being the same for hospital, specialists and Diagnostic testing, with the RegularCare plan having additional features for Day to Day Care, I'll group these two together. Southern Cross does in much of its documentation too. As this is an 80% plan and having 100% of your costs covered is the desirable approach, I'll discuss these two plans after WellBeing Two, the go-to product with Southern Cross for most people.

So what do you do?

As you can see, the response from medical insurers for this area is widely varying. It definitely is not one size fits all.

However, understating what can be achieved is the first step to putting together an effective risk management solution for you.

When put in context, what are relatively minor costs being covered here for psychological services should not outweigh the significant medical costs that can be incurred with other medical conditions.

This is where a discussion with me is critical to working through the pros and cons of one approach over another.

Being able to operate across all providers in the New Zealand market gives us the apply to assist with getting it right for you.

If in doubt or have questions, please contact us to have a chat.

*this information was current at the time of publishing May 2021, however most insurers have the ability to change policy terms and conditions with 30 days notice. Please refer to your policy documents and seek further advice and clarification before making any decisions or changes.