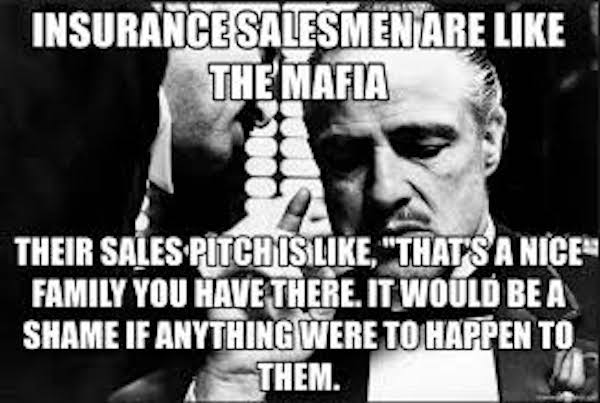 2019 has been a tough year for the anti-vaxer, as their myopic view of the world has come home to roost. We have the most significant number of reported cases of measles worldwide since 2006.

The experience here in Auckland compounded by the tragedy that is rolling through Samoa should be evidence enough that vaccination programs are both safe and necessary.

Yet, we are still getting the keyboard warrior social trolls out en-masse defending their indefensible position. Frankly, they need to be driven back into their deep dark, cold, damp caves they came from and torched with napalm. Possibly while waving pitchforks and sharp objects on poles in their direction.

It is unacceptable for a supposedly educated adult to advocate the spread of disease that kills babies and toddlers indiscriminately. Frankly, it is criminal, and there should be criminal action taken.

It's not anti-vaccine, it is pro-plague. We really need to take the gloves off and stop pandering to the right of free speech when it is not backed by research and fact.

I get vaccine hesitancy and parents that are concerned about possible harms, because of the anti-vax crap that has been published. That's fair, as a parent, you do what to know, and you do want the facts. These are situations of wanting more information.

Which is quite different from the hardened pro-plague anti-vaxer that is entrenched in their view and is not able to be reasoned with in any shape or form. This is where parents need to talk to their medical professional about their concerns. If you don't trust your doctor, get one that you do trust!

Have there been injuries from vaccines, sure. However, the vast majority have not been the vaccine as such, but reactions to the components of the vaccine. Which given time, those individuals would have reacted to these things anyway. It's not like vaccines contain stuff you don't encounter in your own kitchen, so a 12-24-month-old is going to come into contact with this stuff eventually.

If we look at Samoa specifically for a moment, there are two vaccine injury cases where two babies died. On investigation, the two nurses involved have been charged and convicted of manslaughter due to diluting the vaccine with a muscle relaxant that caused the deaths.

Now technically that's a vaccine injury, at the same time it has nothing to do with the vaccine itself, but the humans who should know better causing the problems.

It is understandable for parents to have fears and concerns, address these with a medical professional, I say professional not person, there's a big difference, these can be adequately explained so the parent can make an informed decision. And with high rates of vaccination, parents do have the choice not to vaccinate, wait until they are older, get allergy testing done, or whatever the reason they have not to vaccinate now. That's the beauty of herd immunity; there is always going to be some gaps. These come with some risks, but typically not at the level of Samoa.

The interesting bit about the pro-plague brigade, they can hold their pro-plague position based on being protected by vaccines. On the most part, those purporting to be pro-plague are vaccinated. Additionally, if they aren't, they had the choice not to be because of vaccines.

Vaccines exist to manage infectious disease, diseases that are both spread quickly through the population and they cause serious harm.

Let us have a look at some basic statistics.

Samoa has had a double whammy of issues with this measles outbreak, the nurses with their killing of two babies and the pro-plague movement that reinforced the issue. This created a situation where kids that usually get vaccinated at about 15 months with a 60% vaccination rate, for the last year or so dropped to 30%. This has effectively left the majority of under three-year-olds in Samoa without any vaccination protection. And with only a 60% rate for the rest, easily explains why the under-five-year-old deaths are sitting where they are.

Contrasting with Fiji next door, with over 90% of people have had at least one vaccination for MMR, who have had 14 cases of measles.

So why do I have a bee in my bonnet about this?

As a life insurance adviser, my job is to manage the risks people and families face. We insure for the financial impact and help with access to medical treatment when things go wrong. Which also means we access and utilise a lot of data in risk and issues of risk constantly.

One of the things about managing risk is doing things to reduce risk. Eat healthy, exercise, reduce stress and get good sleep. Oh, and vaccinate! All of these things mean we have less medical issues and events, and I have to manage fewer claims. Ok, that sounds like me minimising my workload, and to a point it is.

It is also about reducing the medical impacts on my clients too. Far more important than my workload. If you think this is about minimising my workload, you need to look in the mirror and ask why ;)

Yes, I was being a troll. The point is vaccines work. They are the core reason we as humans can live in cities and not die from infectious disease. Humans, at a microbiological level, are fundamentally cesspools of sickness and disease, vaccines allow us to live closer together and not infect each other with the latest plague doing the rounds.

You only have to look at slums and refugee camps around the world to see the impact on health close living without medical support has. Many of these environments are managed with mandatory vaccinations, and it is the cheapest form of health care around.

Let's stop for a second and look at Samoa.

To bring this back to what we do on the life insurance side of things, given we sell FUD, Fear, Uncertainty, and Doubt. If vaccines caused harm surely we would have used that in our sales pitch by now?

No, haven't heard this or had it tried on you?

Funny that, nor do we. It is not an issue. If it were, we would be all over it like a measles rash! Seriously, we would.

But it is not an issue; there is no data that supports it, and nor does the MMR vaccine cause Autism. Frankly, the studies are showing a slightly higher rate of Autism in unvaccinated people. Not statistically different, but enough to say umm... what's that?

Keeping it real with your personal insurance adviser in rose-tinted glasses.