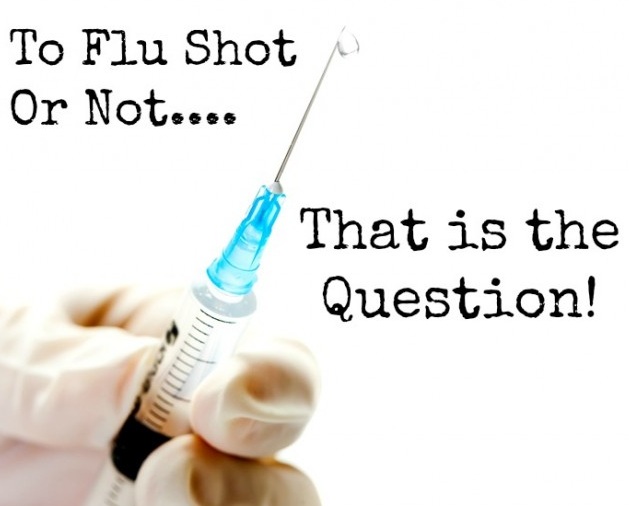 I think it's crucial that we better understand vaccines and especially the flu vaccine.

Myth number 1. The flu vaccine prevents you from getting the Flu.

No, it doesn't. It prevents you from developing a full-blown case of the Flu, and its complications. You may not realise you have had an infection at all because the immunity created by the vaccine has been effective in activating your immune system to deal with it.

For your flu vaccine to 'work', if you are exposed to the influenza virus, you actually need to be infected with the Flu.

What I'm saying here is that the flu vaccine enables your body to build it's 'immunity', which is about your body being able to recognise the flu virus and respond to an infection of the flu virus you have been vaccinated for.

Bottom line, for the flu vaccine to work, you have to have a flu virus infection. Your body's immune system then takes over from there, which may still come with symptoms of the Flu.

Myth number 2. The vaccine didn't work; I still got the Flu.

Probably not quite right, it was perhaps one of these four things:

Potentially more correct is you catch the Flu, but you don't develop symptoms, either your immune system is strong enough to ward it off, or it has responded and dealt with it before you develop noticeable symptoms, which is excellent for you.

However, that doesn't give you a pass on the need to get the vaccine, as you can still be infected and be a carrier to others. Something you need to be aware of if you are around babies, unvaccinated children and older people because they are vulnerable to infection and serious complications.

Get vaccinated and protect your vulnerable loved ones by not being a carrier.

Myth 4; The flu vaccines don't work because you have to keep having them.

Yes and no. Yes, they work; however, they are not indefinitely effective, which is due to the flu virus mutating easily and quickly.

It adapts to its environment well, in simple terms once it has spread far enough in the right places to come in contact with other strains, it mutates. Once it mutates, it becomes a different strain, and your vaccine immunity will no longer be effective against the new strain.

In practice, this takes about six months, about the same time it takes to traverse from southern to northern hemisphere and then again to come back.

If you look at the vaccine information on the WHO site, you will see that the 2019 southern hemisphere vaccine is made up one four different strains, two type A and two type B, where the names are associated with the source of that particular mutation or strain.

In the 2019 vaccine, you can see that the Victoria vaccine has become the Colorado vaccine. Where we had a late flu season in Australia last year that hopped across to the USA, and they had a pretty tough flu season from it.

We missed it then, but it's likely to make a showing at some point here. Predominant influenza that seems to be going around here presently (May 27 update on the WHO site) is the Swiss H3N2 strain.

Checking in again on the 10th of June update, which is up to May 26th data, the detail for NZ is: Influenza season started earlier also in New Zealand, with influenza A(H3N2) and B (Victoria-lineage) viruses detected in similar proportions. Which is to say the Aussie strain I mentioned earlier is now here and has been for a few weeks by this data.

July 16th check in, 8th July posted update with up to June 23rd data. The Victoria strain has certainly caught hold and has ripped through us. WHO comments: Influenza activity continued to increase in New Zealand, with influenza B (Victoria-lineage) viruses being predominant. Influenza percent positivity was reported to be over 56%, being the highest rate for this period in recent years, due to the early start of the season. Increased detections of Influenza B have been reported in Fiji. So Fiji is also in the firing line too.

Long story short, go get your vaccine now if you haven't.

Presently in Australia, they have already exceeded the 2018 number of flu infections and exceeded the 2018 number of deaths from the Flu and its only May, late May, but still 7 and a bit months of the year to go. Here we have just had our first news story talking about flu related deaths with a 12 year old and a 62 year old passing away from complications of the flu. Neither should be facing that outcome, but it happens for about 500 people in New Zealand every year.

We are up in arms about the 5-600 people dying from any particular strain of cancer, breast, prostate, melanoma are around these numbers each per year. Yet we say little about the flu doing the same thing, and the flu is significantly more preventable than cancer!

Last year in the northern hemisphere, the Flu caused a significant spike in deaths from the Flu when compared to previous years. This was reported not as an increase in older people and young children dying, but in fit, healthy adults that were dying. And with the June 10th update confirming this strain is now here, it's time to get moving if you haven't. And we know that the vaccine is in short supply too, but it is around and if you have underlying medical conditions, then you should still be able to access it.

Last year we had headlines about emergency rooms being closed and wait times to access treatment significantly extended for everyone, not just flu cases.

Let's not repeat that experience, let's not load up the health system with people, stress and expense when we can avoid it with a $20-25 flu shot that takes 30 minutes out of your day.