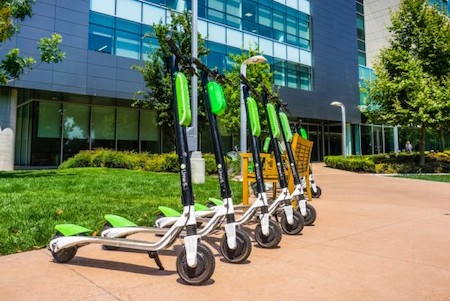 Do you buy on emotion or do you consider the relevant details before buying?

The majority of people buy their insurance based on emotion and then struggle to get what they need at claim time when the harsh reality of the facts gets applied.

We've all heard about Lime Scooters and the media beat up about them, I call it a beat up as all of the stories have lacked any contrast, and they have focused on beating up the innovation and change from the status quo.

Anyone with a new idea, product, or concept, has experienced this inertia to maintain what we have and not make any change.

The Lime scooter story is no different, and it is an example of the challenge we business owners face every day with the running of our businesses and presenting our products and services to the world.

I have noticed over more recent years this comes down to two fundamental reasons, fear and capacity.

I had something similar explained to me some ten years ago, and then it was fear and greed, and it was probably right, and to a point is still right. At the same time the busy life capacity thing is pushing the greed out, and with it, the feeling of people surviving rather than living, which is a challenge all of its own.

Coming back to the Lime Scooter stories. It has been an interesting one to watch, where the blatant disregard for context on the stories written has shown a direct media beat up against the challenge of new and innovative transport options. I finally got on a Wave scooter a week or two ago, and I must say they are pretty nifty when it comes to getting around without breaking a sweat!

One thing I said early on was the injury rate for scooters was overblown, and we'd be lucky to see it equal the on-road cycling rate of a bit over 1,900 per annum, though that didn't account for the many 100's of extra scooters now available with the trail at the time. At just under 2,000 injuries in a bit over six months, it's still not a massive issue from ACC's perspective.

And this is where I demonstrate our approach to insurance is very much the opposite of the media reporting. Emotion is part of the equation; it always is. At the same time getting you to buy a product that has a 4-5% claim rate over a product with a 30-35% claim rate is daft.

What we do is:

Done right and with the right product and provider selection, there's a better than reasonable chance that will be the last really in-depth plan you need to go through for a considerable amount of time.

Yes, there will be changes, if we get the first bit right, we shouldn't have to make drastic changes, and we should be able to minimise the need for future medial disclosures and manage the changes around the core solution you have put in place.

Today we have several clients where we have done this, and the conversations are about reducing cover, they are approaching retirement, and they have fewer needs than they had in the past. The reality because of the product choices they have had in the past, we can manage their needs around what they have and minimise any medical disclosures at a time when medical disclosures are problematic, because in your 50's and 60's you have medical conditions that have developed.

When we look at the Lime Scooter stories in detail, the reported details pale in comparison to the other risks people are blindly ignoring.

Did I say 110,000 per week? Which gives us excellent stats to look at and when we look at the ACC claims stats to February 2019 we find the following.

That is broken down into averages of:

The dirt, trees, and fences off-road are clearly softer to hit than the tar seal!

Electric Scooter claims, by comparison, have a long way to catch up to cycling. With an average of $742 per injury, the $1.5 million spent on claims to date you could say it is safer to take a scooter than it is to ride a bike on the road.

But then again we love a good beat up story right?

Let me really shine the light on the data.

Bicycles on the road

(Yes excluding the off-road ones)

Just like we have had one client with $265,000 in claims to date for treatment of one leg, and that's just the surgery bill — lots of average claims, and some really significant ones too.

So my question to you

Are you looking for what feels right based on a story you are told, which is probably a fairy tale.

Or are you looking for something that aligns with your own personal story and is based on the practical reality you will face throughout life?

We're about getting the facts told in your good story rather than letting a good story get in the road of the facts...

That way when we put you on the right path with your risk management, you are more likely to have a happy ending rather than a miserable finish!