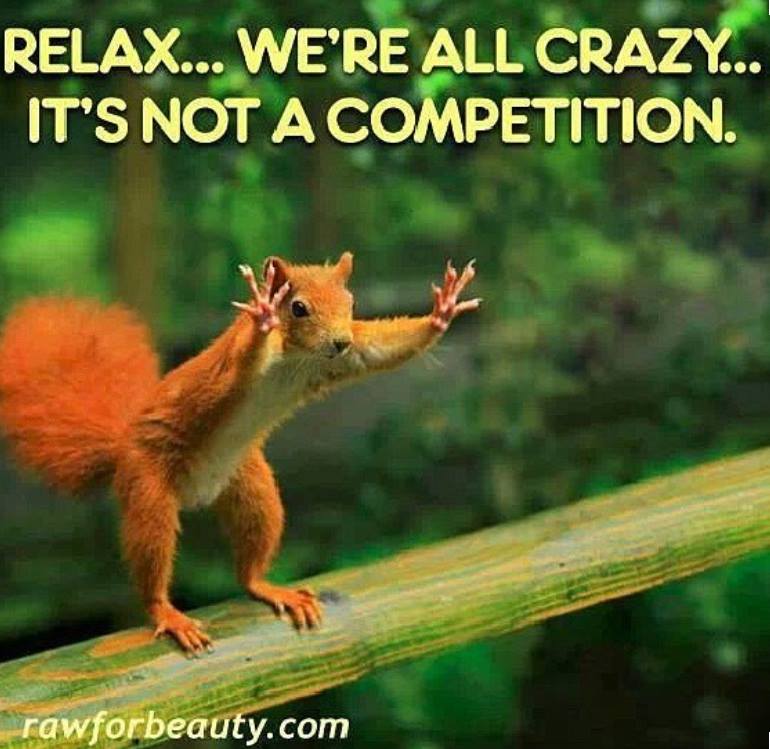 This one has been rolling around in my head for some time. And with the more recent World Health Organisation statement that vaccine hesitancy is one of the top 10 global health risks, it's worth saying most of the rhetoric on vaccines are both overblown and entirely out of whack with the reality of the research.

What we do know is medicine in all of its wisdom isn't always right, and science is never 100% certain. And people outside these professions and disciplines don't always appreciate and understand this.

What you think is a cm, is for all intents and purposes a constant we all know and understand. However, a cm is but a scientific definition of measurement and is still subject to change and adjustment as we gain a better understanding of the world around us. In practical terms, a cm is a cm and is unlikely to change significantly, so we operate with it being a constant.

And when it comes to vaccines, we have a similar issue, with the added overlay of emotion as we are talking about our kids.

And I understand that. Most of the lack of vaccination situations out there isn't because the parents are rabid anti-vaxers, they are ordinary people who have not vaccinated as they have had fears, uncertainty and doubt built up with the conflicting information around them.

I would like to live forever and not face the reality of death, I'll look after my health, sure, but the reality is if I succeed, I'll be the first to defy the overwhelming evidence before me. And this is sort of the point, we crave certainty as our world gets ever more uncertain.

Gone are the days of waking up at the crack of dawn and leaving the hut to go and tend fields, where the rising and setting of the sun was as sure as the change of seasons. Back then we had no idea about any of the stuff we now know today. So blind ignorance and optimism got us through our very short lives.

Today the level of information we have to contend with daily is probably more than that hut dweller in the past had to contend with in their whole lifetime. That's progress. But it is also stressful and highlights a significant level of uncertainty about the world around us.

So what has this got to do with vaccines?

Many of the people I talk to that demonstrate vaccine hesitancy or are outright anti-vexers trot out the same misinformation every time.

The reality is the vaccine injury issue is so small that it could be ignored. The bigger issue is those who have had vaccine reactions have typically been people with underlying immune system problems.

Which if you stop and think about it, having a vaccine-induced form is likely to have a better response being in the clinic, that also facing the full-blown condition that is more likely to result in death.

And to be fair, as a parent, if you have concerns get the testing done to check out the immune system of your kids, because if you don't and you also don't vaccinate, then the real condition could kill them.

This is probably more the message that needs to be given, as hiding under the rock is more likely to result in your worst fears coming true.

From my own experience, being in life insurance for nearly 20 years and having 4 kids from 5 through to 22, I'm yet to hear about a single case of vaccine injury. Yes, there have been some mentions with fainting with the HPV program when my daughters went through it, but nothing significant or long term.

For the first 10 years in the industry I was directly looking after advisers who had about 260,000 people in their client bases, if there was something as unique and different as a vaccine injury, it would have been mentioned. But then that's my own personal observation, someone else's experience could be entirely different.

When we start to look at the research that is being done.

From the report Can Measles Vaccine Cause Injury & Death?

And also from the same report.

For context in New Zealand at 1 in 365,000 for our whole population at 4.5 million that is 12 kids. Not great for those 12, I agree, but significantly less than the death rate of one or two out of every 1,000 children who become infected with measles will die from respiratory and neurological complications, from the measles wiki page. For NZ at 4.5mil with a 1:1000 death rate, that's 4,500 people who would not be here, double that if it was 2:1000 or 1:500 to bring it to its true risk.

Also, there is a significant body of evidence to suggest it isn't so much the vaccine as such, it is the exposure to allergens and antigens people are susceptible to.

Which goes back to my point about getting testing done before if you have concerns rather than not doing anything at all.

When we look at lack of effectiveness, I'm scratching my head.

When we know vaccinated kids typically either don't suffer from the condition or if they do develop symptoms (as vaccines aren't 100% effective), they develop milder symptoms.
Yet we also know kids have a 28% risk of being hospitalised with measles.

So from a medical perspective, it's cheaper to vaccinate than it is to treat the complications in hospital.

Remember it is your tax dollar that pays for that treatment in hospital. If the Government didn't have to pay for preventable issues in a public hospital, we would have more money for the things we are demanding and not having access to because of budget constraints. And maybe people wouldn't have to rely so much on medical insurance to access the treatment they need.

In a simple way, more vaccines = less health care costs = more money to do things like hip and knee surgeries. The government doesn't have a limitless budget.

When we look at the chemicals cause damage to kids:

Not so much the chemicals causing damage, as in a normal healthy human they consume more of the same compounds every day that they experience with the vaccine.

The difference seems to be about reactivity, as I talked about earlier, where previously unknown allergens and antigens are affecting the kids. The unfortunate reality is most of this is found out when the kids have their vaccines.

It is often the stock and trade of the life insurance agent. It's a useful tool. But it also needs to be used with the reality that exists.

The world is a scary place, it has lots of dangers in it. But if we don't help our kids understand and cope with it and wrap them in cotton wool, we're going to leave them very exposed once they do enter into the real world.

We have more diseases today than we used to, we also have a higher population density, and we have effective air travel too. All of this means our kids are exposed to toxins and diseases at a far higher rate than we would have been at the same age. So giving them a head start with vaccinations means they have a greater chance of coping when something serious comes along.

Do your kids need every vaccine?

Maybe not, however, the ones that have the potential to cause the most significant harm and burden of medical costs, either on you or the state, should be considered and taken for the benefit of your kids, your family and the wider community.

The irony is those who have the most compromised immune systems are the ones that wish they could have vaccines to avoid further complications to their immune systems, but can't.

As an adult in New Zealand, the one thing you can do that decreases the chance of child mortality is get your booster vaccine for whooping cough, or pertussis which is the medical name for it.

You need a booster as this is a vaccine for a bacterial infection, not a virus. Your system remembers virile it does not do so well with bacteria. Which is why you get re-occurring infections of strep but don't with measles and mumps, etc.

Hopefully, we have helped unpack some of the rhetoric on this in a more balanced way so you can improve your knowledge and understanding so you can make better more informed decisions about your kids and family health.

And we wouldn't be life advisers if we didn't trot out the grim reaper.

Whether you vaccinate or not, most trauma policies today have provision for cover for the kids, so if the kids do end up with severe neurological reactions and stay's in ICU from these diseases, we can provide some financial support to support you and your family through their recovery.

Either way, as a parent it is your choice, make sure you make a conscious choice and not make the passive choice to do nothing because of hesitation.