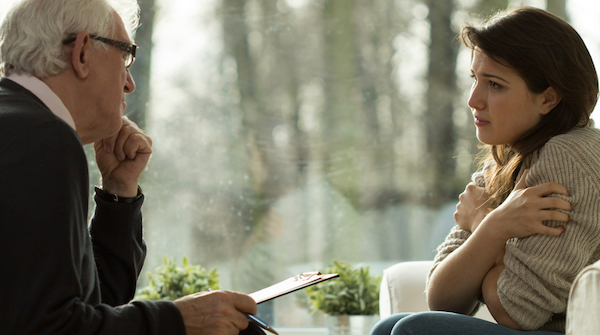 The report on New Zealand Mental Health is a disappointing read. Yes, we need more funding in mental health, up there with no **** Sherlock. But the fundamental approach by those with the power to effect real change continues to ignore the suggestions from grassroots New Zealand on what is needed.

Mike King, by his own admission, is an addict and a bully, and after realising this is doing his piece to make a difference and address those things that cause many of the issues the report has determined they don't have a solution for. Mike has had some awesomely effective ideas, yet has been completely shut out of the process.

On top of that, we have a bunch of non-clinicians making suggestions on what we should be doing; I get the medical knots that creates. However, most of our most significant medical breakthroughs have come from people who are not medical people.

Hydrocephalus, a dangerous brain condition where the fluid pressure in the brain is not regulated properly. The device used by surgeons today was originally conceived by a father who wanted to help his daughter who had the condition. He designed the device that a surgeon used to help her.

Why is it so hard for the people making decisions on mental health to take into account and take action on the ideas from those who have experienced it first hand?

If you canvas those that have suffered from, been subject to, and saved from mental health and suicide, they will tell you, quite clearly, and with some consistency, they need more support and access to the right sort of support.

Yet, we seem to have a level of bias against mental health with those working in the area. Maybe it is the denial of their own vulnerability, or their own underlying condition, or that they have never had it impact them or their family so really have no idea of the reality (lucky for them).

We get a little hot under the collar on this subject, because it causes so much unnecessary harm and on the most part the early intervention can have a profound impact and avoid much of what follows.

When you field calls from distressed clients, partners, employers, children, and employees, talking about the issues of stress, anxiety, suicide, sexual assault, bullying, and general bias of some form, it really is eye-opening, and eye-watering how much that demand for support is.

We do what we can, but we're not clinicians, at the same time accessing support isn't as easy as it should be either. The good clinicians have waiting lists that are weeks long. Some places it's a case they have had clinicians, but no longer do because the compassion fatigue and depth of need are overwhelming and they pull out and go somewhere else or reduce services.

We have been talking to a clinician in a smaller New Zealand town, six months ago, they were 1 of 5 counsellors available for ACC referred work, today there are 2. One has a serious medical condition, another has moved out of the area, and another one has stopped taking ACC work. This leaves two counsellors for the whole district. With about 25 clinical sessions per week available each, this is far from enough for the demand. And this is just the ACC need, not the wider unfunded public need.

There is a deep-seated level of psychological harm in our communities, with people looking for help after 30-40-50 years of clinical mental health issues that have gone untreated on the most part. We need to be able to address the harm as soon as it starts, not leave it to fester and get worse because resources are not available. Part of the answer is the funding, the other part of the answer is having skilled people trained and available in our communities.

Mental health is hard work; you're dealing with cognitively compromised people. Behaviour, reactions and understanding, all being an issue results in a significant level of compassion fatigue with the counsellors. And these people often have to deal with the front line reality of what humans do to other humans. And sometimes that really is shocking!

We have some insurance options that can help, the challenge is these have to be in place before first symptoms are present to be effective, so potentially is the answer for some, but for most looking for support who don't have the cover, it's not going to help much.

NZ needs better support in this area, with 1 in 4-5 experiencing a clinically mental health challenge right now, today, here in NZ, what we presently have is not good enough!

NZ Herald article on the report