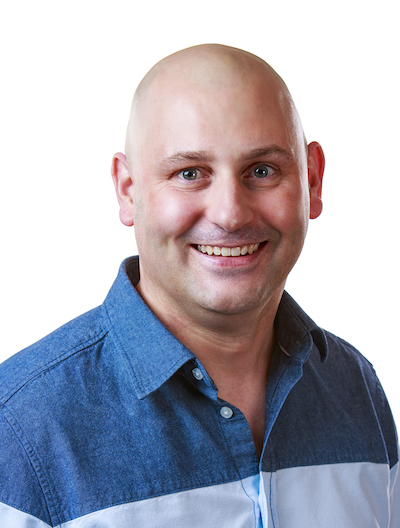 Ok, I’m riled. Be prepared for a bit of a rant with this one.

So we’ve had Partners Life on FairGo for two weeks in a row. Frankly, a beat up, but then I’m expected to say that...

However, working through the FairGo article, and you can see it here on TVNZ on demand, there are a number of things I have an issue with, and some I agree with.

To single out Partners Life is unfair, all of the insurers have similar levels of disclosure required.

The rest are spread across the spectrum of pain in the arse to relatively similar.

What I do agree with is; applications are the worst part of the life insurance advice process. I hate them just as much as clients do.

However, working through an application form, the best way to get through it is with an adviser like me.

I focus on disclosure, and to date, we’ve had no claims declined for non-disclosure.

Not to say it doesn’t happen, but we proactively address it before claims occur, so clients know where their risks and holes are.

Yes, for many clients getting through it by yourself is daunting, want it done right, get me alongside you, and we’ll get it done.

Then there’s the lawyer... interesting with a supposed background in insurance; he has got no idea about how access to medical notes works.

The Privacy Commissioner is solely responsible for insurers not requesting full medical notes; after ruling that insurers can only ask for information that helps their underwriting decision and only if they already know about it. They can't go fishing.

The complete discussion is here, which includes the discussion point about insurance disclosure and the need for applicants to be clear on their disclosures

This decision, while well-intentioned, creates an environment of don't know what we don't know, for clients and the public.

Frankly, us advisers, the insurers, and our clients would love to have insurers have full access to medical notes at underwriting time. It would solve the non-disclosure issue.

If you have an issue with an insurer not having full access to your medical notes when you apply for cover, contact the the privacy commissioner and tell them so! We have been, but they’re not listening to us.

The lawyer's attitude is about insurers wriggling out of claims; frankly, that’s bullshit.

Having worked with all insurers and the people in claims for nearly 20 years, without exception, every single person administering claims gets up and goes to work every day looking to find ways to pay claims.

These people do an often thankless but critical job in the insurance world. It’s worse than IT when it goes well it’s silence, it worked, when it doesn’t go well, all hell breaks loose, and they’re called every name under the sun.

Hell, these people cop this sort of crap, and they turn around and go and do it again day after day, that takes a particular kind of person. It’s hard enough with my clients when they claim, let alone only dealing with claims day in day out.

If you think different, you’ve probably been watching too much of the movie Incredibles. It doesn’t work like that here in NZ.

The size of the issue, you could be forgiven for thinking this is an issue that is rife in the industry and few claims get paid. Well, it's quite the opposite.

As to claim stats, depending on the insurer, they pay and settle 92-98% of claims. That’s paid, not closed and declined.

The rest that are not paid fall into two camps, non-disclosure and no claim as the condition or situation was not covered by the policy.

The ministers' comments in the FairGo article miss the original point on the cover in the original story from the previous week; income protection cover would not have been offered, had the insurer known about the sleep apnoea.

Which is the answer from every other insurer for income protection.

The guy who got declined didn’t disclose what he knew and said so on national TV.

He uses a prosthesis every night when he goes to bed for snoring from diagnosed mild sleep apnoea.

When it comes to the question asked in his application: sleep disturbances (insomnia or obstructive sleep apnoea) he skipped it / ignored it / or plain old chose not to say anything.

Suggesting that insurers wouldn’t have the ability to turn this claim down because it’s an unrelated condition causing disability, is only going to drive more non-disclosure, so people avoid being loaded, excluded or declined.

This will drive an increased level of claims, which isn’t priced for or considered in the premiums.

Which will result in increases in premiums, which leads to less insurance not better or more coverage, for the population.

Want a simple answer to this, reverse the Privacy Commissioners decision and let insurers ask for the full medical history of clients at application.

The insurers hate the situation and the press, just as much as everyone else does.

My thoughts on where this will go if clear heads don't prevail:

The reality of the government tinkering with the law in this area, it is likely to create unintended consequences, ones that will result in severe negative impacts on policyholders, the very people they’re trying to help.

We have some of the best insurance law in the world in many cases.

Yes, the treatment of non-disclosure could be better, but also too, he who holds the gold makes the rules.

If the changes proposed are too onerous we will see insurers exit. We will see reduced appetite to offer cover, and with lack of competition and burdensome requirements, we will see increased premiums. (Australia is roughly double the NZ premiums for the same/similar cover)

We will see the rich diversity of options removed in favour of plain vanilla cover that isn’t suited to peoples individual needs. A bit like the suit on the rack, designed for the average, but doesn’t actually fit anyone.

We have seen this in many overseas markets which have looked to control this, and they have failed to fix the fundamental flaws they tried to fix.

Because those without knowledge and understanding of insurance, are making decisions about the industry that aren’t based on reality.

They don’t engage people who know, because of their perceived bias, as too, when they do talk to them, they ignore what they’re saying.

Proof in concept, the announcement today on meth testing in NZ homes. Talk about a mess, so who’s right? Keeping in mind that the government only just reset the levels associated with meth contamination.

Certainly look at the operation of the advice industry, it needs a tidy up and needs to bring in a level playing field for all participants, including insurers.

But be very careful tinkering with the law governing insurers and how they operate insurance policies, the consequences of this may be far-reaching and likely undermine the security of today’s cover for policyholders and people insured.

I’m proud to be part of the financial services industry and proud to be a life insurance adviser, helping people manage their risks. It’s a privilege to be invited into peoples lives to assist them in this way.

Yes, when I first started in the industry aged 25, I too had preconceived ideas about what insurance was about, and I wondered what I’d done wrong to end up here.

That was short-lived, this is one of the most dynamic, fun and entertaining industries you will find. It is one where the people in it appreciate just how fragile life is. They live it daily, so they also live life too.

It does piss me off when the media has a crack at what is clearly a beat-up story, yes there are challenges, but pick something with some real meat to it.

Not the policyholder who is dying and has a declined claim because they chose to lie on their application form to fraudulently gain cover and make a big deal about it on TV in the hope the insurance company will pay for the positive PR.

We seem to be afraid to call out the crooks, because we may hurt someone’s feelings. We need to stop the crooks and the fraud because it hurts the majority of New Zealanders who are not crooks and frauds. They are the ones paying the higher premiums or choosing not to have cover for fear of the scarmongering stories that have little basis in reality.

Go and find the case where the insurer has wriggled out of a claim on a technicality. The reality is the truth of the situation, as hard as it might be, doesn’t make good TV. Insurers pay claims at shitty times in people lives. Those people are grateful for that support, and they don't want it spread across the TV and broadcast to the world.

We have hundreds of thousands of people waiting for surgery, we have holes in our medical and social systems that cause significant harm, yet we don’t see this reality with FairGo.

The life insurance industry does an enormous service to the New Zealand economy; both with employing people, but more importantly, by helping people in their most challenging times of life with the medical and financial support they need.

The lack of calling out the fraud by the public and beating up financial institutions, does the thousands of people involved in financial services doing a great job, a massive disservice.

You hear the negative before you and believe the bad press, go and find the positives. There are more positive stories than negative ones, they just don't tell them often. This client has for me, as have all my clients that have had serious claims.

For the kiwi blokes, here’s John (Cocksy) Cocks talking about his experience.

And further reading with an article I wrote some 4 years ago on the subject of application forms, that has not changed.