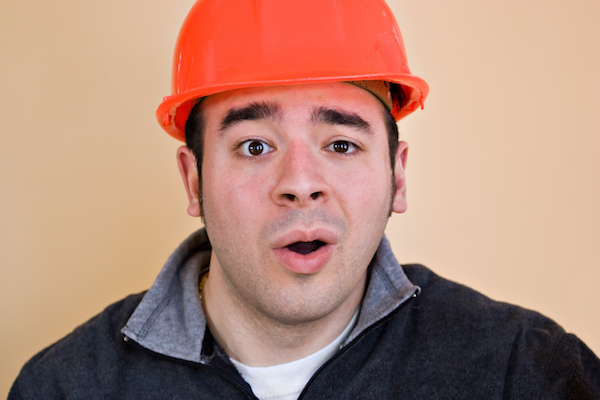 If you are like me, you have likely grown up with the view that drug use was something both criminal and for others. Especially for those selling and pushing the drugs.

Moreover, for the ones producing and selling controlled substances, yes, throw the book at them. For the users, however, my view is changing.

Don't misunderstand me, I have had my fair share of it being used around me over the years, but it has never been my thing.

We are seeing more and more evidence that medicinal marijuana has a place in the management and treatment of chronic long-term conditions. That I agree with and it is one that needs both a closer look and a faster response.

However, it is not what I am here to talk about.

What I am here to talk about is the concerning situation of both hard drug use and the noise that kiwi employers are raising the issue of difficulty finding workers that can pass a drug test.

When we take a step back and look at the situation; I have to question; is there a correlation between kids from my generation who did not achieve academically at school who ended up making their way into trades and finding alternative medicinal support for their lives?

Sure there's the argument that life is not great and drugs are an escape, yup, that happens and has always happened. At the same time is there another reason for this?

A bit of my story

Sure many discoveries happened before people attained the age of 30 as too many medical discoveries have happened with non-medical people facing a situation they could not find an answer to.

So here I am at 43 with a diagnosis of Adult ADHD, which is interesting as I was that pain in the arse distracted, overachieving kid.

The flipside, everyone around me, almost without exception, has said, "No **** Sherlock, I could have told you that!". Which has been good on several levels, people already accepted me like that, so no change for me. However, for many, they do face judgement and attitudes that aren't quite so positive.

It is hitting 40 and facing a number of developing medical conditions that have brought me to this place. As to it has forced me to reflect on a number of things in life along the way.

The upside, not having messed myself up with illicit substances, my treatment regime is pretty vanilla. What wasn't so good was the level of caffeine and chocolate I was consuming to keep me functioning, but that is another story for another day.

A couple of symptoms of the ADHD brain is both distractibility and hyper-focus. If the brain is interested in a subject, it will often hyper-focus on it. For me, this has meant a lot of success in my chosen fields in my career, technology & IT and financial services. My brain hyper focuses on systems, processes, technology and medical situations, which makes me uniquely suited to being a Life Insurance Adviser and explains why general insurance and investments just aren't my thing.

Which also brings me to this point; where bringing together disparate and the seemingly unrelated information often gets that puzzled look.

If you employ and manage an ADHD'er, there will be some great traits you love and some not so great traits that drive you nuts! Be gentle those with ADHD are often damn good employee's that have frustrating habits. Yes, they are different, but they are great at solving problems and finding creative solutions too.

I got that out front because those who do not have ADHD will look at what I am bringing together cockeyed and blame it on my crazy underlying condition, right or wrongly, I do not want your judgement, I want you to understand the message.

Ok, that has taken the better part of 700 words to get to the point, yup, that is me too!

So what is ADHD?

In simple terms, ADHD is a neurological condition where the executive function of the brain does not have enough stimulation to take control of the brain. As a result, ADHD'ers are easily distracted, have poor impulse and priority control, and are often more accident prone, which are a few of the many symptoms the condition can be responsible for. As too, they have some significantly helpful ones like hyper-focus and processing of disparat information to find creative solutions.

The correlation between trades and drug use.

Ok, bold statement, stick with me, and I will step you through what I have found.

Yup, we are mostly talking blokes in trades with drug use issues. However, this story starts way back in mums tummy.

If we look back to the 60's and 70's we started to see society change with more women entering the workforce and also working during pregnancy and after kids. This brings with it added stress and higher incidence rates of postpartum depression, both during and after birth. Life has got ever more stressful and so too have the depression & anxiety rates in the population.

Many of these situations are ones where low serotonin is a good part of the problem, possibly due to baby depleting it as it grows and partly due to mum's personal circumstances. I do not have clarity on this, as I have not been able to locate decent data on historical postpartum rates and causes.

However, this article talks about the impact of SSRI antidepressant and antianxiety medications taken by mum during pregnancy and the subsequent effects on the baby that have resulted. The postulation that SSRI's are the cause is not one that I necessarily agree with, as the next article I talk about suggests. It would also seem there's a better correlation to Autism from postpartum depression during pregnancy than vaccines with this paper. I will focus on the ADHD aspect as this is the point of this article.

While the previous article talks about ADHD being induced by the use of SSRI's, they do not seem to have the full picture, as this article talks about the low serotonin environment for the developing baby being a key correlation point for serotonin problems for baby and subsequent diagnosis of ADHD later in life for that baby.

What's the timeline on this for today's blokes?

So rewind a bit. We have Gen X and Gen Y being born in the 60's and 70's and we also have the recognition of ADD and ADHD as a condition in the 90's. For many Gen X and Gen Y kids, they went through school before ADHD was a 'thing' to be diagnosing. It was happening in the US, but NZ was quite a way behind the eight ball on this.

As a result, we had many kids at school who did not achieve, many of them boys. They ended up in the trade and remedial classes as they struggled at school, they often had detentions and slipped by in the system. Often referred to as distracted, lacking intelligence and underperforming to their potential.

The girls, however, seemed to do better, but not always, and being less focused on trades for employment, took paths that played to their relative strengths, so haven't been quite as noticeable.

Later in life, the girls, being more pro-active with health, have been diagnosed and picked up my the health system, though many not before they went through the wringer with anxiety and depression diagnoses before they got to ADHD in their journey and potentially leads to the perception that more women suffer from mental health than men, when the reality is it's colser to 1:1.

For the boys who have struggled, they have entered the world of men; drinking, not talking about certain stuff, certainly not talking about mental health or health in general, and getting involved with the drug scene.

When I say drug scene, specifically the drugs that play with dopamine and serotonin systems in the brain. Methamphetamine, amphetamines, crack, heroin, cocaine & LSD.

For many of them, they have found life more normal when supposedly 'high' not understanding that 'high' for them is actually medicating them and as a result, they are able to function more normally. I've had this conversation with a number of people who basiscally smoked meth to function normally at work. When they went to work straight, as in not 'high' on meth, they more often that not got asked what was wrong and ended up with performance management going on.

Being on this inside; these blokes likely do not have the awareness, or perspective, to tell that they need to seek medical help to address an issue. Medical help that's relatively easy to access and could help them turn their life around.

So to round this out, many businesses of a white collar nature do not do drug testing, they do not highlight this aspect of their workforce, so those who are able to function in this environment, 'high' or not, have not been the subject of recent employment articles.

However, they may well have a patchy employment history, been subject to performance management on a regular basis, and not held jobs for any real length of time, either for job performance issues or boredom.

For the trades and blue-collar workers, it is a bit different from drug testing in the workplace has had a significant uptick. This has resulted in a pool of workers, probably damn good ones when they are straight (medicated), that have been excluded from the workforce.

These workers are the ones that need help, pretty straightforward help that would be significantly easier to deliver if the criminal aspect of drug use was not getting in the way and enabled more open conversations to avoid the fear and stigma of being an adict.

What can you do about this?

If any of this resonates with you, have a chat with your GP about investigating medical options for you, rather than illicit means of treatment that come with some serious risks.

Also too, this means that those excluded from working for drug use, may well have a medical authority to be able to return to work when medicated in the correct way.

While explaining many things, it may also mean they can pursue a new career in a direction that better suits them too.

You can find more information here on the NZ ADHD website, and there are a number of groups around that you can get involved with too.