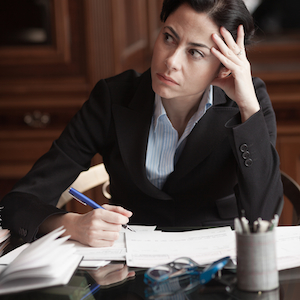 What is a PCBU?

Person Conducting Business or Undertaking is what it stands for, but that is still confusing for people.

Let’s unpack it a bit.

Sticking to the letter of the law, as there’s plenty of interpretation going on out there, what is it?

Ok, we know what it is not.

So what is it?

The obvious one is work, own/run a business and do this as your job to make a living.

Unpacking this, what is work?

We know what this is when you leave home and go to the office or job site and get paid for the hours you work.

However, we now have many people in less traditional work situations.

Under the PCBU rules, all of these situations and a whole lot of other equally less traditional occupational activities get captured under the new laws.

Most people shake their heads and say that is Over The Top and bloody crazy, and we would agree, to a point.

The retired lady knitting for her own pleasure

Is likely going to be ignored by WorkSafe, but possibly not by IRD as it has incomes tax implications. Though in saying that, ignored until there’s an injury, and depending on the situation, whether WorkSafe gets involved.

If it is listed as a work injury, and it is serious enough, then WorkSafe will be over it like a hot rash. However, yes, unlikely and a very long bow to draw there.

Is an interesting one if they are are doing work in their own investment property, then yes PCBU gets triggered, and it is a worksite with all the requirements under the law.

Now what needs to be kept in mind, under the current laws, from the perspective of the tenant, it is a home and PCBU does not apply to the tenant.

However, as it is an investment property intended to make money for the owner, then it can fall under the business definition from the act.

Which makes the whole discussion on tenant injuries in the home an interesting one, if the property contributes to the injury. Ie. A faulty light switch that electrocutes someone and causes heart failure or a heart condition.

Now it sounds like a stretch, and it probably is, until it happens. Moreover, that is where our point comes in. Our experience with government intervention on these sorts of things usually results in unintended consequences.

Yes, I hear you, someone pursuing this through a court is likely to have it thrown out. Until you get a sympathetic judge, who decides it is time to have a closer look at an issue.

The reality is these situations usually only get to this point if there’s an inside line or a good lawyer involved. Which makes them doubly fraught as you end up against stiff opposition that is usually motivated by the principal and not the money. Though money will be used to inflict pain on a successful prosecution.

Presently they are under the radar when it comes to PCBU and the new laws.

Yes, they apply, but WorkSafe is soft-peddling them. Like the investment property line above, until there’s a problem, which is the problem.

The exception to this is where someone is getting paid to work in the organisation. That triggers the PCBU requirements, and thus the follow-on legislation compliance requirement.

Any event that is ‘paid’ and designed to raise money, or even if it is just to bring people together and cover costs, it is a PCBU under the act. Added to that each trade stand or stallholder is also a PCBU in their own right.

With events, there are additional controls added to these. Management of traffic and pedestrians, alcohol licensing and management considerations (often with an alcohol management plan), stock, flammable and hazardous chemicals, etc...

So what is a PCBU?

A person conducting business or an undertaking. If it is not you at home or a private event, like a wedding or family function, then it is likely you fall under the PCBU definition in some way.

A number of situations will probably never be taken to task by WorkSafe, at the same time you need to stop and consider your risks in doing what you are doing. As it is likely with many of them, you will find out your liability after something has happened to cause an injury and it cannot be undone.

Our next article is going to cover some basics to help keep you compliant, or at least avoid facing the most significant prosecutions because you have nothing in place.

You can find Health & Safety - The Bare Bones here