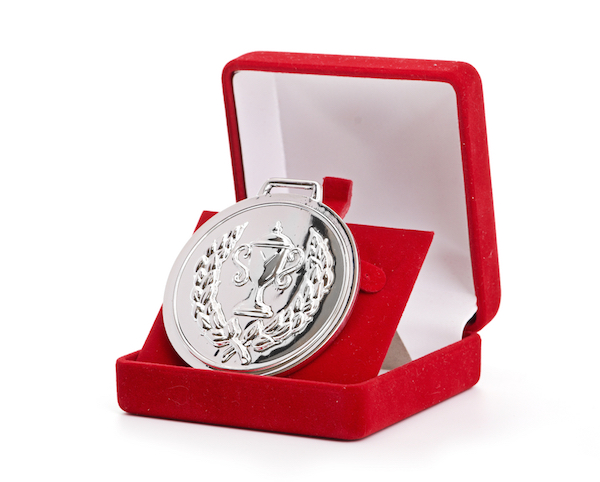 Wow, 12 months have disappeared really quickly! This time last year I was reeling in the afterglow of being awarded the PAA's New Adviser of the Year.

At the time I was both a little surprised and very grateful to have received this award, but as I wrote at the time I'd pretty much worn the New Adviser badge out. Having now been in the financial services industry for 15 years and an adviser for nearly five years.

This year I was nominated, interviewed and confirmed as a finalist for the PAA Insurance Adviser of the Year. Time to get my big boy pants on!

After seeing the process last year, I was expecting to be up against four others who have worked damn hard to do what they do well.

I'd also grown a lot since the last time I had the judges run the ruler over what we do. Establishing Willowgrove Consulting into an office rather than from the home office, taken on additional assistance with Louisa, Wendy, Nadene and Liz in various key roles.

Adding people also came with industry commentary and advice, which required a close eye on what we do and how we do it, to ensure things ran smoothly and compliantly.

I have also confirmed Rowena starting with me in the last couple of weeks as an Insurance Adviser based in Pukekohe, which will expand our geographic coverage and improve access to Willowgrove Consulting in Auckland.

So looking back on the last 12 months, we have done a lot to prove we had not just sat back with the rookie award.

First up for the awards were the rookie awards, which was a surprise with only two finalists for the New Insurance Adviser Award, Leecia, an adviser who is part of my broker group, and Anand, an adviser I had been working with closely for about 12 months.

They said the judges were focusing on excellence, well they were this year by selecting only two. Leecia was awarded the Rookie Insurance Adviser Award for this year and from all accounts, it was hard fought. Congrats Leecia!

Anand's night was not over, while this was the award he was expecting to be in contention for there was more to come for him.

In amongst this the Investment Adviser award was given, and it was awarded to John Milner, the investment adviser from one of my business networks and another who works hard to do what's right for his clients. Nice to be keeping excellent company.

Next up was the award I had been nominated for, this was also a surprise as there were two, not the expected five, finalists. Which said a lot about the standard that was set. Nice to be included, now had I done enough?

It was always going to be a tough one, the rookie last year and the supreme award this year, the year following, but there was hope. My challenge at this point, my co-finalist was Katrina, the winner of this award last year.

Katrina had mentioned to me last year she had been a finalist for four years previously; it was her year! And so it was. Which made winning it this year, just that bit harder, because I know Katrina works damn hard too.

As you know from the title, we got the silver. Katrina was awarded Insurance Adviser of the Year this year. Well deserved and we congratulate her on the win.

The ring in and one from left field

The next one was a bit of a surprise. The judges had kept one up their sleeve, The Judges Award for Excellence in Financial Advice. This was the surprise for Anand with this being awarded to him for the diligence and work he puts in to get it right for his clients.

This was rewarding to see, as the work, we had done together on developing what he does, has been recognised at a very high level.

Are we disappointed we do not have a trophy for the cabinet, just a tiny bit. Are we down about it, hell no, we stand on the shoulders of giants and we aim for the moon.

We may have just missed this year, but we are still amongst the stars.

Thanks too; to the PAA and the Judges, for taking the time, energy and expense to put on the annual conference and gala awards program. Without the support of good professional bodies, this recognition for advisers and resource for consumers to ensure excellent advice is strived for and available, consumers would be in a poorer place.

I look forward to next year; when the PAA combines with the IFA and becomes Financial Advice New Zealand and the inaugural conference and awards under the new banner.

If you are in the market to review your insurance and risk planning with an adviser constantly striving to deliver the best possible experience to you at the most challenging time of your life, give us a call.

We are all about setting you on the right path and creating freedom for you.